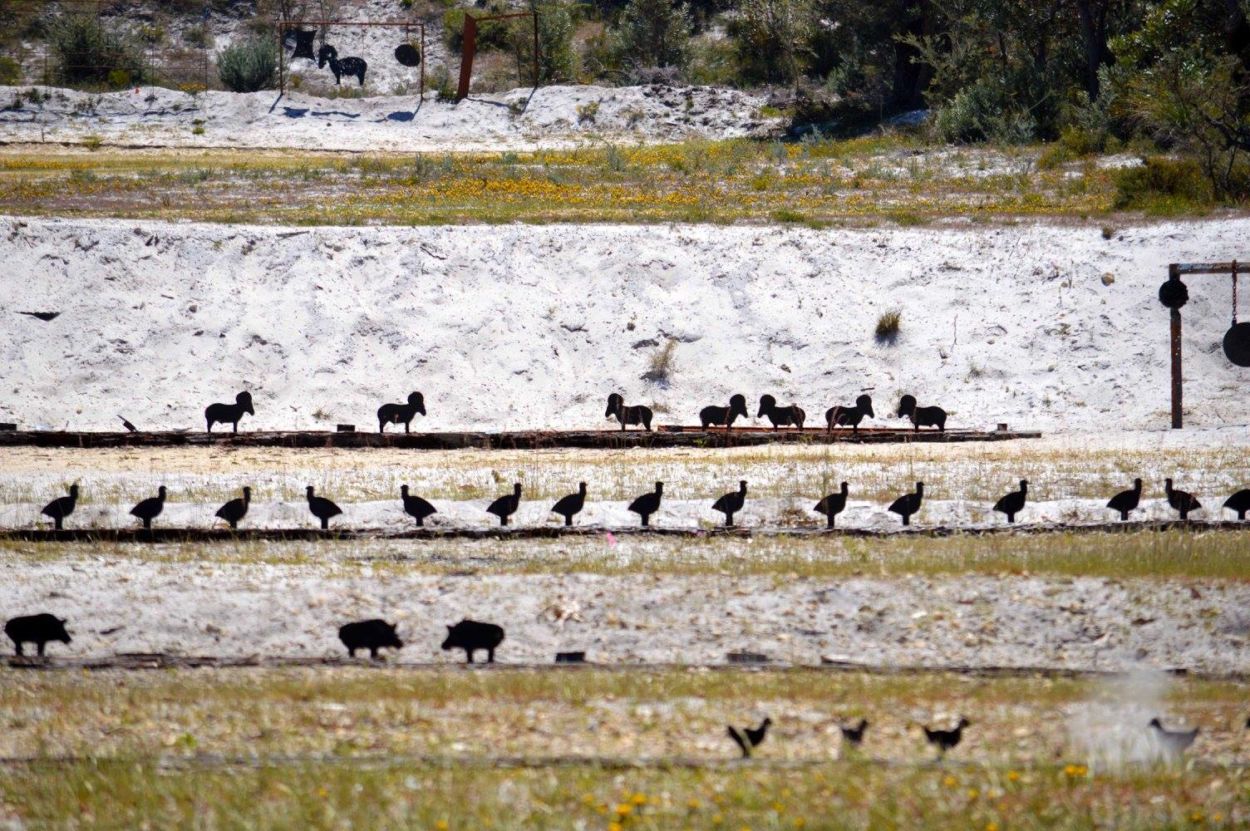 The intent of this discipline is to establish a match for common hunting carbines and other lever-action rifles. The match is focused toward shooters who enjoy shooting hunting arms and do not want to commit to purchasing rifles required for other specialised shooting competitions. Additionally, due to the rules and match timings being the same or similar to Handgun Metallic silhouette, it is possible for Lever Action Silhouette Rifle shooters to be squadded to shoot at the same time with pistol shooters on the same range at the same targets. This event follows closely the NRA rules and will therefore open opportunities to compete internationally.

The following rules apply to all classes of rifle.

1. Rear sights may be open, receiver or tang sights manufactured for the rifle they are mounted on. The competitor may be required to provide documentary evidence to the Appeals Committee. Front sights must be post or bead, may be hooded or, if interchangeable, may use post-inserts only.

2. Barrels must be original or may be relined. Original barrels rebored to a larger calibre are allowed. Any safe trigger is allowed. Stocks must be of original configuration.

3. Ammunition may be loaded with smokeless or black powder, using jacketed or cast bullets, with or without gas checks. All bullets must be flatnose or round-nose, suitable for tubular magazine use. Any cartridge causing target damage or deemed unsafe may be banned.

5. Binoculars may be used for spotting. Use of spotting scopes, stands, shooting jackets, shooting vests, gloves and wind flags is prohibited.

7. While not shooting, rifles must be empty of all rounds and cases. When racked, the actions must be visibly open.

8. Matches will be 40 shots or any multiple thereof.

9. Eye and ear protection will be strongly recommended for everyone on the range while the short-range matches are in progress.

The rules other than those mentioned for other aspects of this competition will come from the SSAA Rifle Metallic Silhouette rule book.

Cowboy Lever Action Silhouette Rifle was introduced on the SSAA National Championship calendar in early 2008. SSAA (ACT) Inc hosted the Inaugural Championships at the Majura Shooting Complex, ACT. This was an appropriate venue, as the very first National Lever Silhouette matches were conducted there in the late 1970s. Hopefully, other Handgun Metallic Silhouette clubs will pick up this event and do the same. The benefits are many, such as boosting usage, which also increases money from nominations. 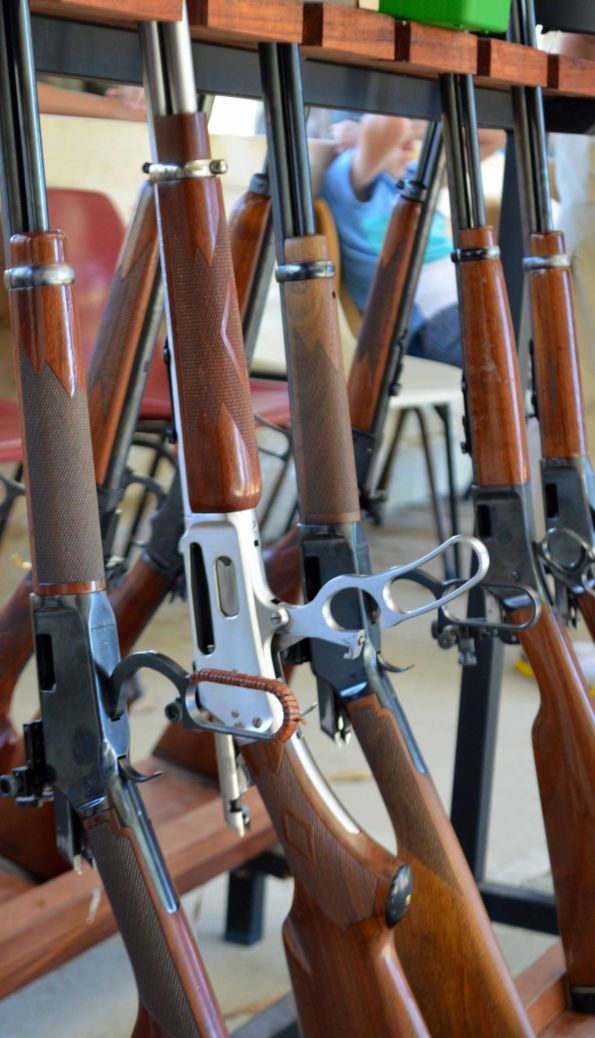 are already equipped for these matches. The three classes of rifles used in this match are:

1. Any lever-action centrefire rifle .25-calibre or larger, with a tubular magazine of original manufacture or replica thereof. A rimmed case loaded with a round-nose or flat-nose bullet must be used. 35 Remington is the exception and is therefore allowed. Any centrefire rimmed pistol cartridge is also allowed in this event.

1. Any lever-action, pump-action or selfloading rimfire rifle with a tubular magazine, in .22LR only. Use of hyper-velocity ammunition is prohibited.