Benchrest shooting is a rifle sport, where the shooter attempts to place five or ten shots into the smallest possible group at varying distances. Benchrest tests the accuracy of the rifle, ammunition and the shooter's skills, particularly with regard to position; technique and reading of conditions.

It aims to encourage competition in order to achieve extreme accuracy in firearms, ammunition, equipment and shooting methods. Participants are encouraged to explore the design limits of firearms hardware. After beginning by shooting with standard rifles and ammunition, many shooters set forth on a personal voyage in pursuit of extreme accuracy. In doing so they develop new hardware, adopt better shooting techniques and gain personal satisfaction. 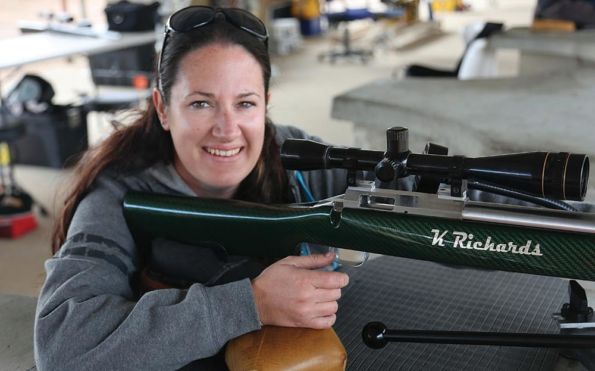 There are a number of different sections in Benchrest - each designed to cater for the different rifles with varying weight and sight restrictions.

Rifles are fired from rests which comprise a front rest to support the fore-end of the rifle, and a rear sandbag to support the butt. There are six classes of rifle for group shooting comprised of four centrefire and two rimfire. Benchrest Hunter Class is a shot for score, and has categories for both centrefire and rimfire.

The Rifle Rifles are custom built from the finest components. Currently in Australia there are several custom benchrest gunsmiths who can build a winning rifle. Ask a benchrest captain, or some of the competitors for details. Some components, such as high power scopes, have to be imported, but others are obtainable locally.

Scoring Group sizes will be determined by measuring from the centre to centre of the two widest shots in the group. The ultimate group of .000 inches has never been achieved, although the sport has been around since 1948. For Benchrest Hunter Class, one shot shall be fired on each of the scoring bulls. 'Best edge' scoring is used, in that if a shot touches or covers any part of a scoring ring, then that score shall be given. 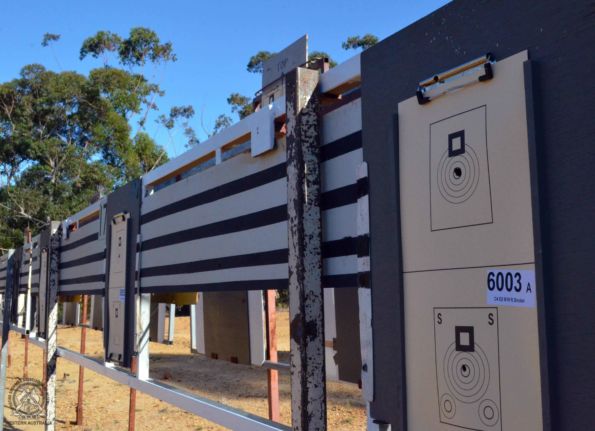 The Targets The official target for benchrest group competition shall contain five concentric rings, an aiming mark and a border surrounding the rings and the aiming mark. Sighter targets have the addition of two concentric rings in each lower corner and the letter 'S' in one other corner. Benchrest Hunter Class targets shall have six 'bulls' per target, one of which shall be a sighter, which consists of five concentric scoring rings. There is an X ring in the centre of the ten ring. 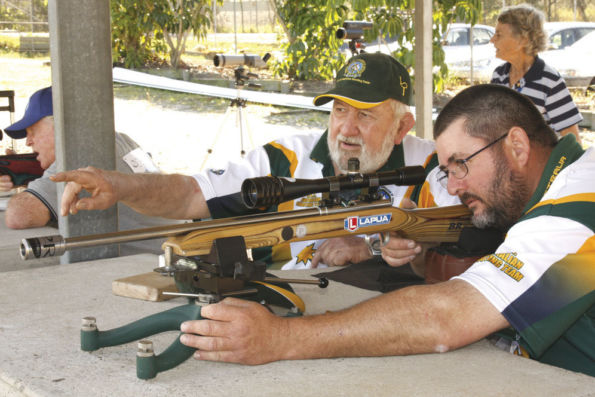 Benchrest shooting as an accuracy discipline continues to grow, not only in the number of participants, but also in the variety of classes and matches available. Indeed, in 2010, two new matches, International Rimfire Benchrest (IRB) and Fly Shoot, were added to the rule book and official event calendar.

Fly Shoot is now a discipline in its own right.

International Rimfire Benchrest (IRB) allows the use of .22LR rimfire rifles. The total maximum weight of the rifle must not exceed 6.35kg (14lb) and the scope power is unlimited. The match is shot at 50m for score, with a 25-bull target being shot over 30 minutes from the bench. A match comprises three targets.

IRB is affiliated with the World Benchrest Shooting Federation (WBSF), which manages Benchrest at the world level and of which Australia was a founding member. The WBSF now includes more than 30 member countries. 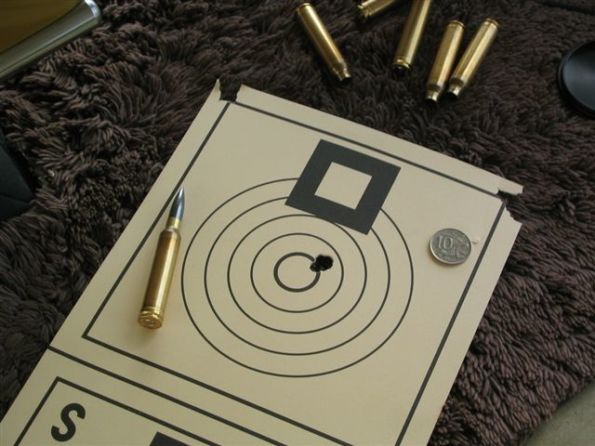