Combined Services is a rifle and handgun shooting discipline that aims to encourage organised competitive shooting with a view towards a better knowledge of the safe handling and proper care of military or service firearms. The discipline encompasses more than a dozen Service Rifle and Service Pistol classes in which competitors use original or faithful reproduction rimfire, centrefire and black powder military and other service rifles, carbines, revolvers and self-loading pistols shoot for score at paper targets of different sizes and from various distances and positions. 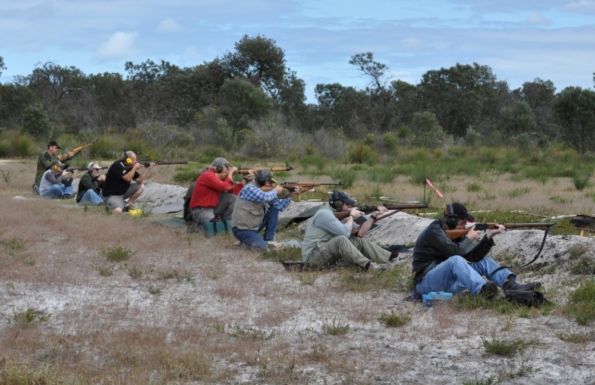 The Combined Services discipline commenced in the 1980s in Victoria and Queensland, but is now proudly shot in all states and territories. Although previously called Military or Service Rifle, in recent years, the discipline has adopted Pistol competition, with the discipline now being a combination of the services.

The aim of Combined Services is to encourage organised competitive shooting with a view towards a better knowledge of the safe handling and the proper care of service firearms. The objective is to allow anyone to get into the sport quite cheaply and compete on an equal footing.

Standard military rifles are the order of the day in these events, with the 3-Positional Core (from which a competitor’s grading is obtained) being the principal event shot. The most popular rifles used in competition are SMLEs and Swedish Mausers, with P14s, M17s and K98s being used as well.

The list of events has been added to in recent years and the popularity of the use of these firearms has increased, most likely due to the lower ammunition costs and the challenge of using small-calibre firearms.

The rifles used in Combined Services Rifle competitions must fall into one of the following classes.

Combined Services Rifle competition permits the use of any standard military service sling (either of original or faithful reproduction). However, it must be attached to the original sling mounting on the rifle, and not attached by buttons or straps to the body or clothing of the shooter or to any external mechanical supports such as a post or rail. A single point sling may be used, provided it is standard issue for that rifle. The rifle’s trigger must be the standard military trigger, with a pull weight no less than 2.64lb (1.2kg). The rifle’s buttstock may be shortened, but not ‘sporterised’, and nothing (such as a pistol grip or cheekpiece) may be added, unless the rifle is reclassified and shot in Class F, H or J. A recoil pad may be used if it is of a slip-on type and has no hooks protruding. The use of recoil pads is the exception rather than the rule and its intended application is to be ‘in the spirit of the competition’. Webbing or belts carrying magazine pouches may not be used for support and shooting coats may not have any devices to stiffen or restrict the body. The rifle sling must not be fixed to the clothing by any means. Leather jackets are specifically excluded. Coats with shoulder or elbow pads are permitted. Gloves or mittens are not permitted, unless required for medical reasons. Optical aids such as spotting scopes or binoculars are not permitted during events, except under the direction of a designated official for target checking. 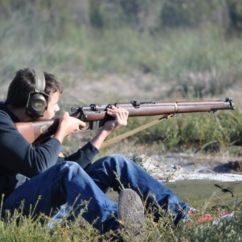 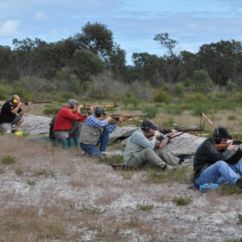 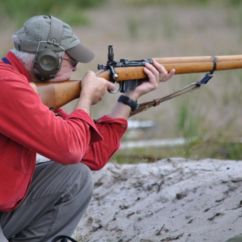 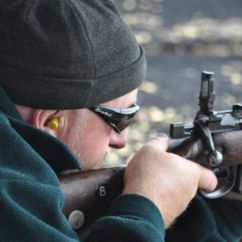 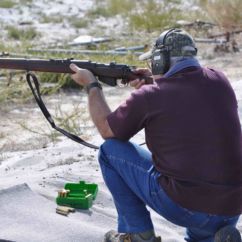 Pistols must comply with the state firearms legislation for the state of residency of the member, who must also possess the appropriate handgun licence and registration. The 3-Positional Core match is used to obtain the competitor’s grade. The rule book contains many different matches for Pistol, several of which are shot as graded, while the rest are contested as open.

Pistols used in Combined Services Pistol competition must fall into one of the following classes.

Class 1- Class 1 (Defence) handguns comprise original issue or faithful reproduction centrefire service handguns, with a modified barrel length or calibre only to comply with national and state laws. Competitors may use revolvers or self-loading pistols, which are or have been on regular issue to an army, navy or air force.

Class 2- Class 2 (Law Enforcement/Police) handguns comprise original issue or faithful reproduction centrefire service handguns, with a modified barrel length or calibre only to comply with national and state laws. Competitors may use revolvers or self-loading pistols, which are or have been on general issue to defence or law enforcement organisations. A Class 1 handgun cannot be classed as a Class 2 handgun.

Class 3- Class 3 (Accurised/Modified/Target) handguns comprise any Class 1 or 2 service issue centrefire handgun or faithful reproduction that has been modified from its original specification, either post-production or at the factory, and may feature target-shooting-adjustable sights, hand-customised grips, barrels, trigger systems, trigger saddles or compensators.

Class 4- Class 4 (Rimfire) handguns comprise any rimfire handgun that substantially replicates the functions of a Class 1, 2 or 3 handgun.

Class 5- Class 5 (Black Powder) handguns comprise any original issue or faithful reproduction black powder military handgun, either a revolver or single-shot pistol, which has been on general issue to an army, navy, police or para-military force. 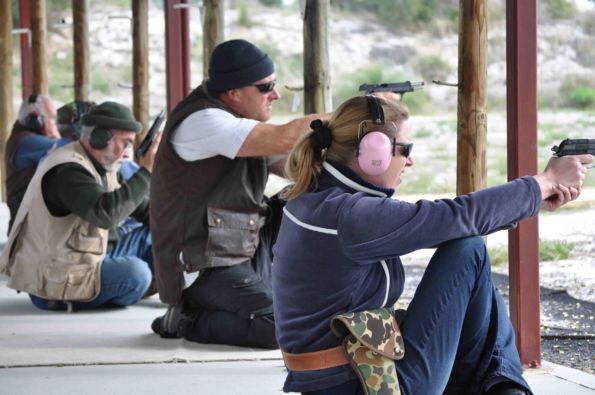 Combined Services Pistol competition permits the use of a handgun with a trigger weight no less than 1.36kg. Both stages of double-action triggers on revolvers must comply in both stages. The holsters used must be practical, safe, serviceable and fit the handgun.

In supplementary events, where there is a requirement to draw from the holster, the shooter must hold their state or territory’s qualification and the holster must be of a type that covers the trigger. Gloves or mittens are not permitted, unless required for medical reasons. Optical aids such as telescopic, red dot and optical sights, spotting scopes or binoculars are not permitted during the competition, except under direction of a designated official for target checking. A shooter may not use or wear any optical aids or devices of any type that provide an unfair advantage to them. 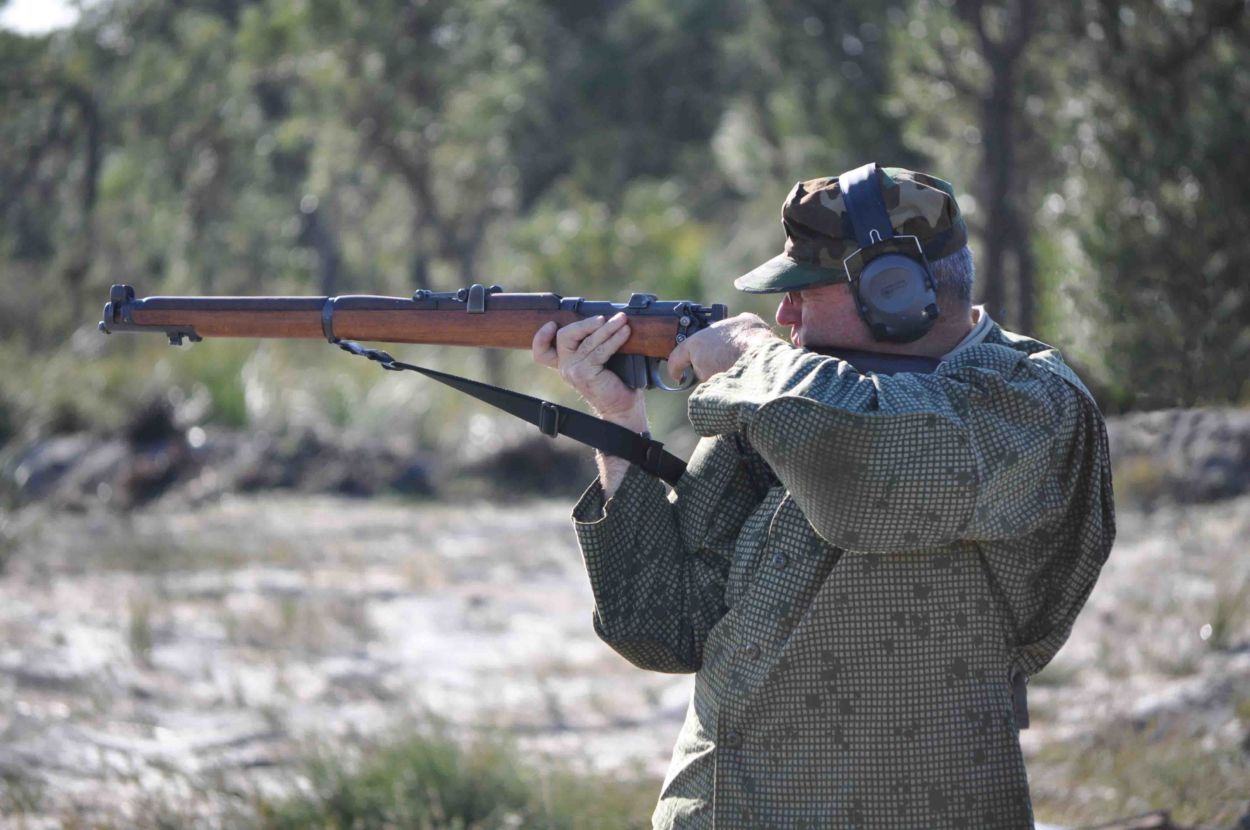 The targets used in Rifle competitions include the standard 1200x1200mm SSAA Military/Service Rifle target (Core Target), which has a large black aiming point. A mini 600x600mm Core Target has been developed and is available for specific matches, but can also be used to simulate longer distances on ranges with range limits. Scoring is taken at target value, with the centre ‘V’ bull used to decide tied scores. A shot that touches the line is given the higher value.

The targets used in Pistol competition include the SSAA Military Pistol Target 2001. Scoring is at target value, with the centre ‘X’ bull used to decide a tied score. Once again, a shot that touches the line is scored at the higher value.

Combined Services permits the use of any ammunition that is allowed by law and approved for use at that particular range. The same ammunition, type and loading must be used throughout an event. The spirit and intent of this discipline is embodied in the use of standard military-specification loads. For instance, if a handgun is marked as a .357, then .357 loads must be used. This engenders the full recoil effect of such firearms and recovering of sighting for successive shots fired.

Handgun projectiles may be lead alloy round-nose, lead alloy semi-wadcutter or jacketed ammunition, depending on range approvals. Chargers or loaded magazines may be used on the firing point in the course of the competition, where permitted by particular match rules.