Steel Challenge is a speed shooting competition shot from a stationary position at five static steel plates per stage. Competitors shoot each of the eight stages five times and add their best four times to become their stage score.

Competitors are scored solely by the time it takes them to complete each stage, and the match winner is the competitor with the
lowest overall time.

The eight stages shot in the Steel Challenge match are:

Each stage is unique in its design and offers a different challenge to the shooter. All courses of fire are shot from a single shooting box, except for Showdown and Outer Limits, which have two and three shooting boxes respectively.

Rimfire firearms are to be chambered in .22 calibre only, while centrefire handguns must be chambered in the minimum calibre of .38 Special (9mm). All rounds must travel at a minimum of 750fps. Multiple-projectile and Magnum loads are not permitted.

The use of holsters is permitted and they shall be mounted in the general vicinity of the waist and must retain the handgun. Triggers may not be fully exposed, with the exception of western holsters for single-action revolvers. Rimfire competition does not involve the use of a holster.

Steel Challenge scoring is simple: Your time is your score. There are five plate targets, with four being primary plates and the fifth being the ‘stop plate’. Each of the primary plates must be hit at least once during each string of fire, followed by the stop plate, which must be hit last to stop the time. Competitors may fire as many rounds as they deem necessary for each string of fire. The best four out of five strings will be counted as the total score for each stage, except for Outer Limits, which will be the best three out of four runs. The total score for all stages will determine the order of finish for final standings.

Steel shooting offers a port of entry to the pistol shooting sports and is an excellent starting place for young or beginner shooters. Regardless of your shooting background or skill level, all shooters walk away smiling after shooting Steel Challenge. This competition provides a level playing field for shooters of all backgrounds. 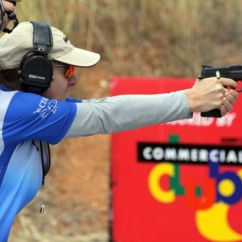 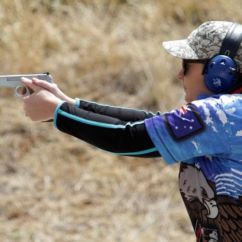 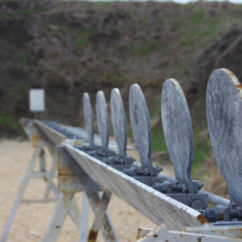 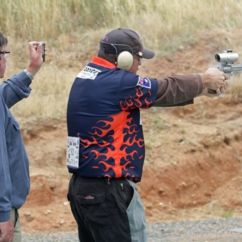 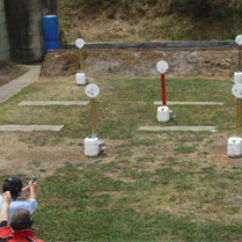