Practical Shooting is a quick and energetic discipline that caters to rimfire and centrefire pistols, revolvers and rifles, and shotguns, with each having their own classes. Most matches comprise a minimum of three stages and the courses of fire are designed to offer challenging and active scenarios that test the capacity of the shooter and their equipment. The targets are mainly paper, cardboard or steel, and the competitor is scored on their accuracy and time in comparison with all the scores and times shot on the day.

Practical Shooting is one of the fastest growing shooting sports in Australia. A high-speed, high-energy and quick-thinking discipline, it is intended to offer challenging and active shooting matches that test the capacity of the competitor and their equipment.

Practical Shooting began in Western Australia nearly 30 years ago as a state handgun sport, but it has since been expanded and is now recognised nationally. Each country that conducts International Practical Shooting Confederation (IPSC) shooting usually runs a national equivalent, and Practical Shooting is the SSAA’s equivalent. The discipline is suitable for a variety of firearms and is sure to offer a category, event and match for everyone. 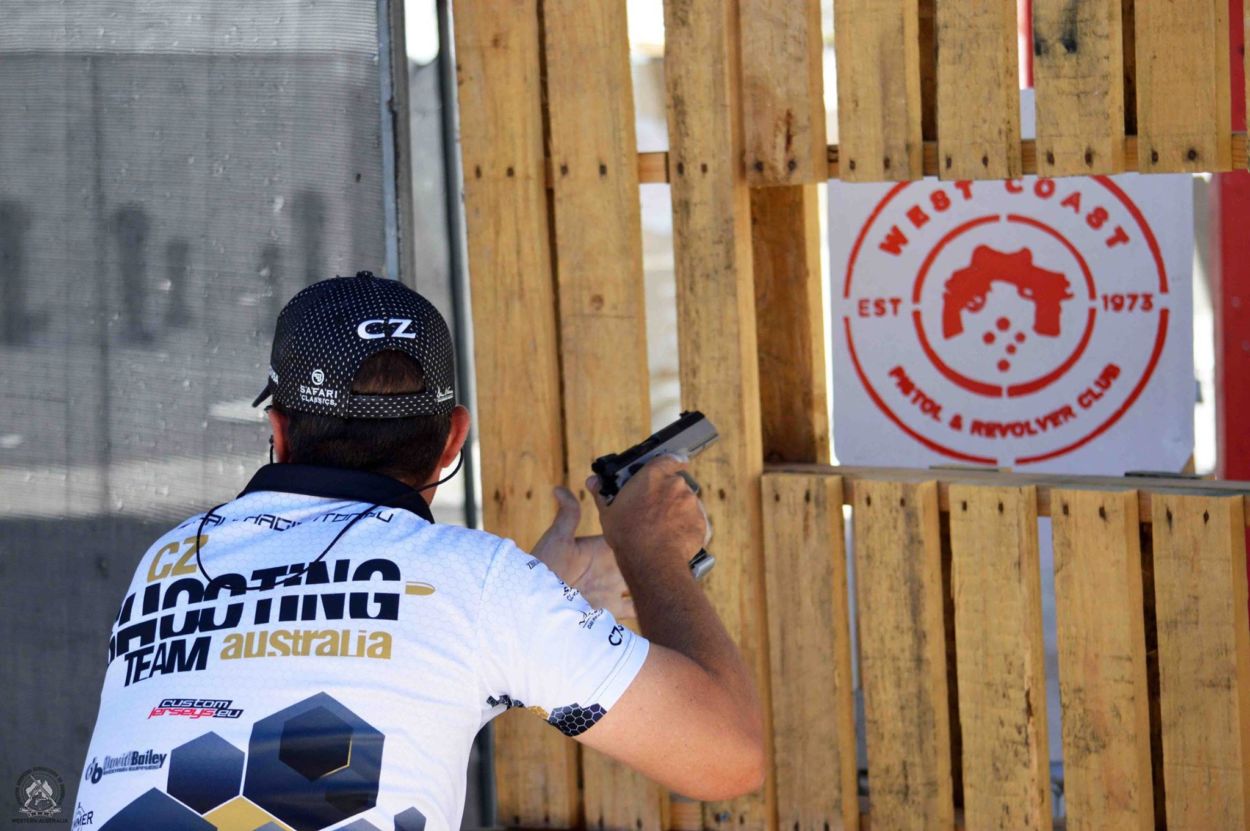 Most Practical Shooting matches comprise a minimum of three stages, with each stage differing from the last to push the competitor’s abilities and firearms to their limits. The competitor is scored on the accuracy and time taken around a stage. This is then measured against the top competitor of the day and the competitor’s score is counted as a percentage. All competitors are reviewed regularly to decide the grade level in which they participate.

Courses are designed to test accuracy, speed and power, and are constantly changed to pose challenges and avoid any pattern becoming routine. The courses may be published, where full details are made available prior to competition; semi-surprise, where competitors may view some details or a pictorial layout prior to commencement; or surprise, where competitors start the match with little to no information other than that required for safety.

The targets used in Practical Shooting are mainly paper or steel and may include the SSAA paper or cardboard targets; steel plates that fall, overturn or swing when hit; frangible targets such as clay targets and tiles; and miscellaneous targets such as bullseye and wooden post targets.

Practical Shooting caters to rimfire and centrefire pistols, revolvers and rifles, as well as shotguns. 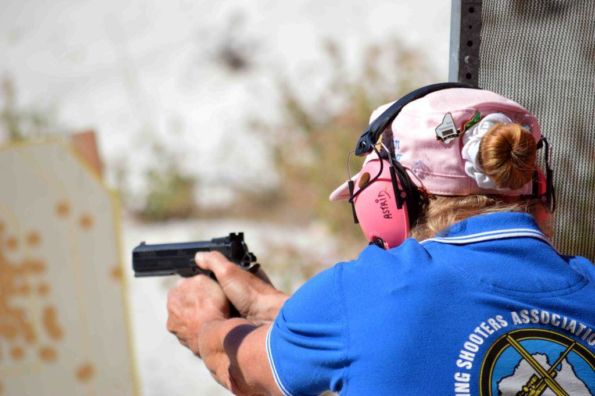 Standard division has always been considered the traditionalist’s division. While many competitors choose to keep the steel sights, modifications to the firearm are permitted as long as they are within the limitations and measurements of the rules.

Production division permits many of the firearms currently used by the world’s police and security forces, and does not permit many modifications. In most cases, the firearms are used straight ‘out of the box’, leaving the shooters to rely on their abilities, practice and determination to perfect their style and scores. At this time, only 9mm-calibre firearms are permitted.

Revolver division only permits revolvers. This division is extremely difficult and well respected, as the competitor must rely on their abilities and skills more than in any other division. Six- and eight-shot revolvers are mainly used.

Handgun shooting is conducted at a maximum of 50m, and scoring is measured by the categories of Major, Minor or Small Pistol power factor. 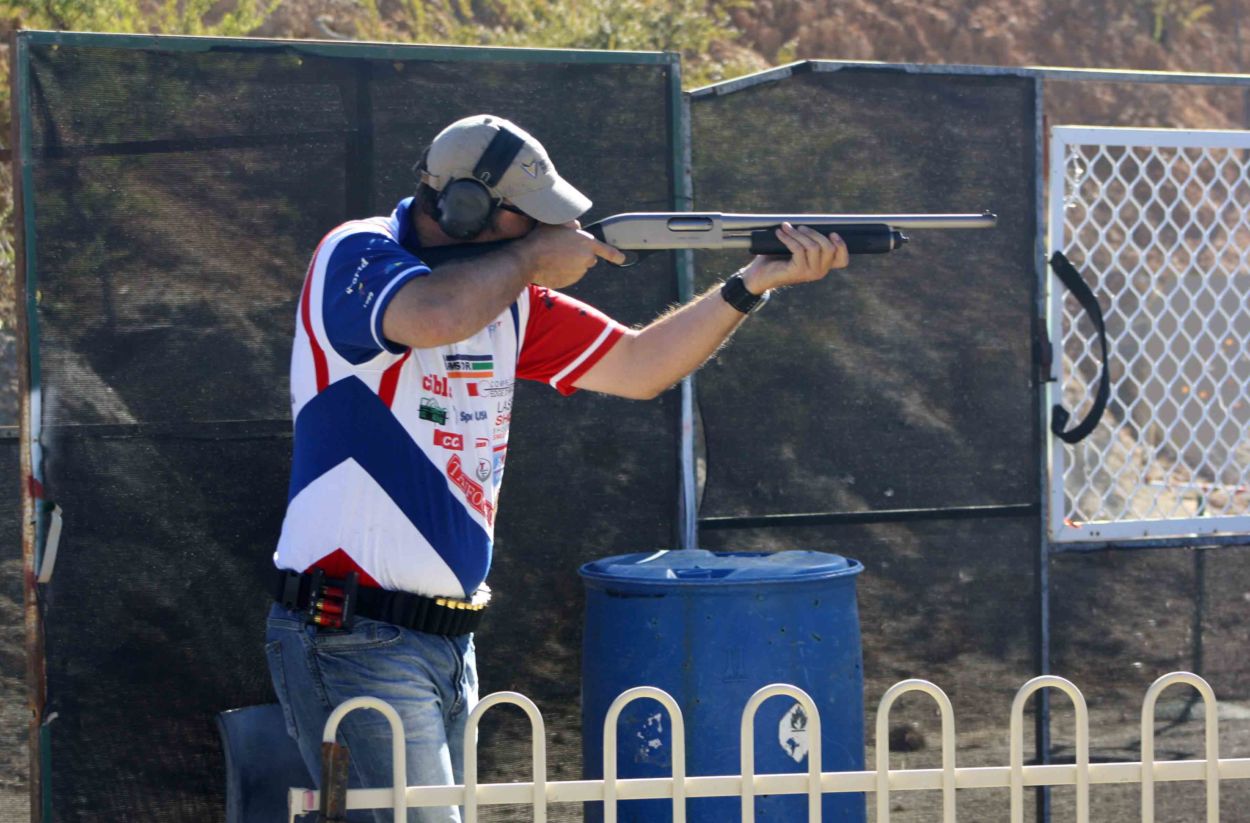 Shotgun shooting includes four main categories: Break-action, Lever-action, Pump-action and Semi-automatic (where legal). Within this, there are two divisions: Standard and Open. Standard Division shotguns are kept very close to the manufacturer’s specifications with minor modifications allowed. Open Division allows for the competitors to modify their firearms with barrel porting, red dot sights, compensating stocks, speedloaders and ammunition mounted to the firearm. Shotgun shooting is conducted at a maximum of 100m. 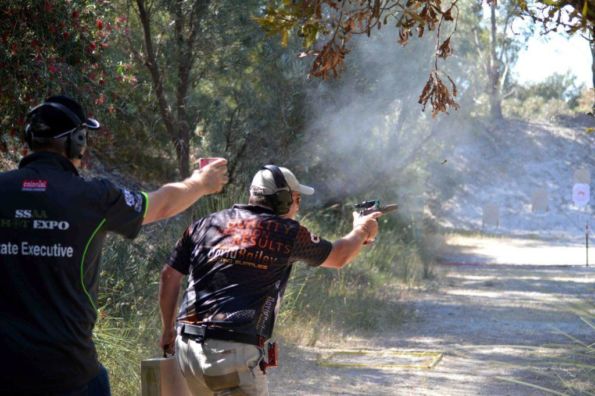 STEEL CHALLENGE is a sub discipline of Practical Shooting, it has its own page here. 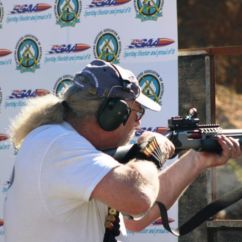 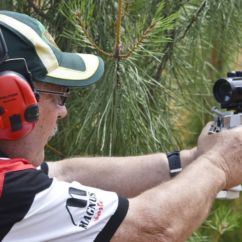 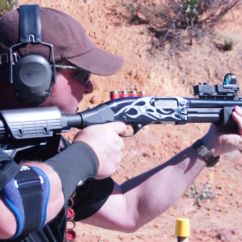 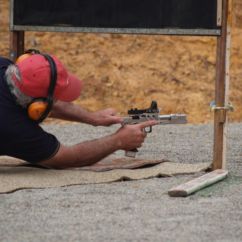 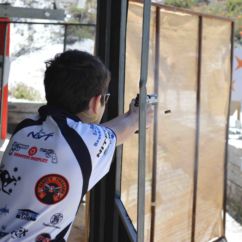 For more information on Practical Shooting and Steel Challenge in WA please contact: