Muzzleloading is an interactive discipline that caters to the original and replica rifles, muskets, handguns and shotguns that were used during Australia’s colonial days. The firearm categories are very detailed, with each having its own classes and subsections. The rifle events are shot from the offhand, cross-sticks/prone, bench rest and sometimes kneeling/sitting positions, while the shotgun events are shot around stations placed various distances from the thrower, shooting 25 clay targets overall. In addition to range shooting, Muzzleloading shooters are often enthusiastic followers of historical events and re-enactments. 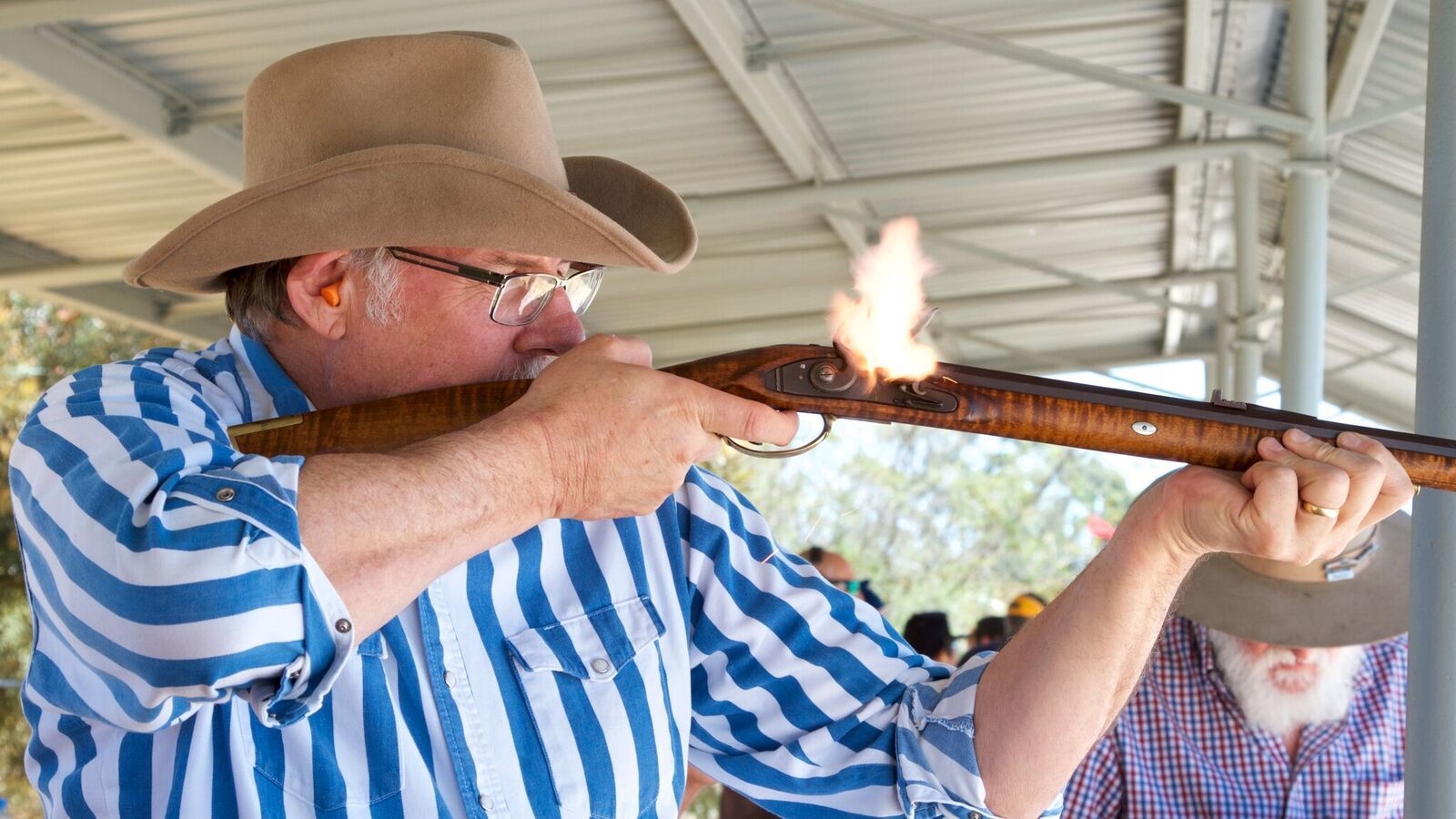 Muzzleloading encompasses all different types of firearms in the one discipline, including rifles, muskets, shotguns, revolvers and pistols, but it goes further than that, as each type of firearm has sub-sections. Any shooter who wants to compete in all the available Muzzleloading events in all categories would have to be prepared to shoot more than 30 events and would need several different firearms to do so. 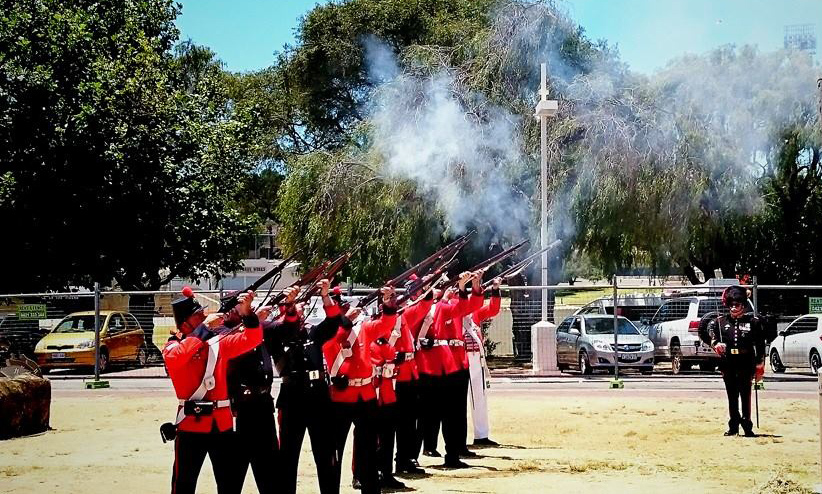 In addition to shooting on the range, Muzzleloading shooters are often enthusiastic followers of Rendezvous events and military re-enactments. The aim of these re-enactments is to replicate, as closely as possible, the dress and equipment of the period of interest. Thus, a person interested in Australian gold rush days will study images and information on the dress, firearms, tools and camp equipment of the period and try to replicate them.

Another popular re-enactment theme is that of military units. The choice is enormous and ranges from the Highland Scottish Regiments to Colonial Volunteers. The aim is the same as for the gold diggers: to dress, equip and camp as the soldiers might have done. An added effort is made to learn the rifle drill of the time and troops in question.

Since the common angle of approach to re-enactment is firearms, it is to be expected that shooting competitions are a prominent part of Rendezvous and military re-enactments. As such, the firearms range from matchlock and flintlock muskets to civilian percussion rifles and shotguns and the targets range from standard 50m paper targets to metal gongs. The one uniting thing that modern participants love is the smell of burnt powder carried on the breeze. Despite the enthusiasm and colorful activities of Muzzleloading re-enactors, most shooting is still conducted at the shooting range and here, the Muzzleloading shooters are as seriously competitive as in any other shooting discipline. 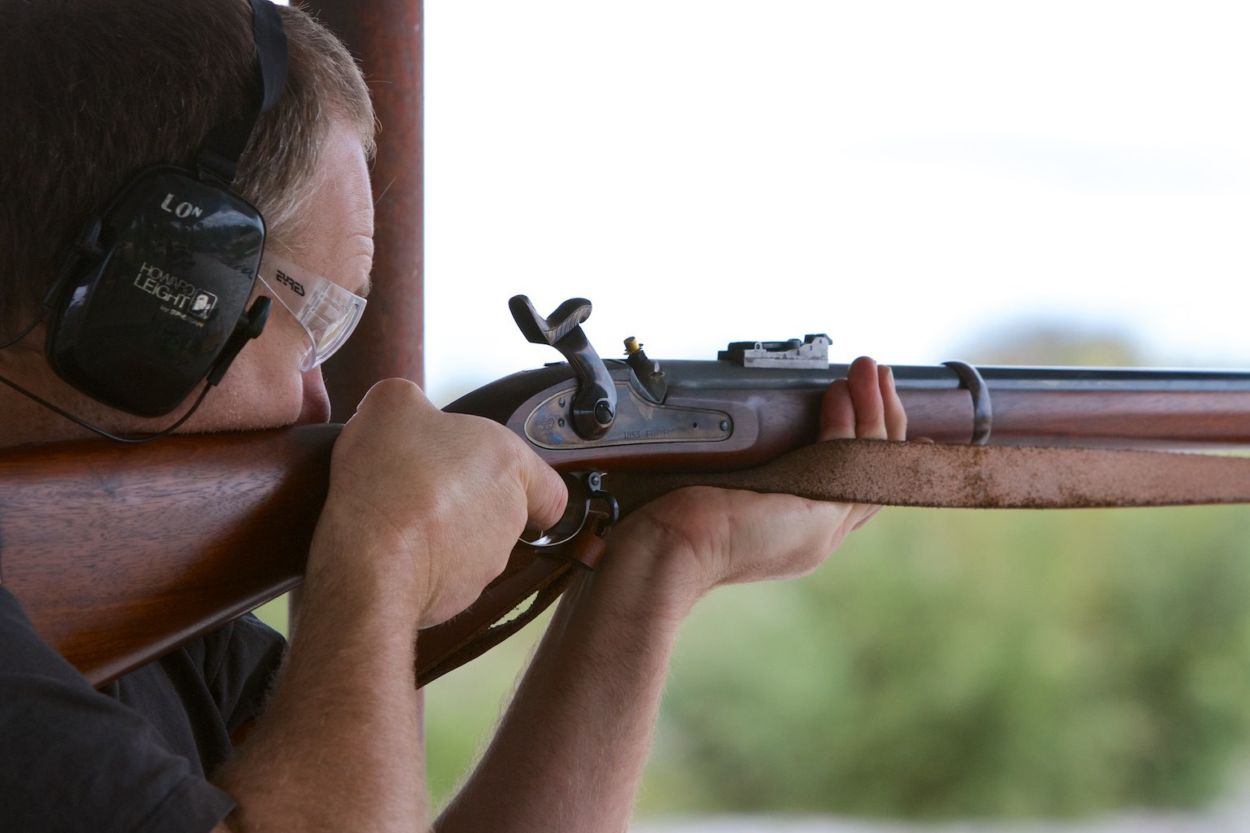 Percussion, flintlock, matchlock and wheel-locks are the four types of ignition that can be used to fire a muzzleloading firearm. Historically, this takes us from the earliest practical hand-held firearms up to when smokeless powders replaced black powder. This covers the period from the mid-12th century to 1886 when the French introduced the Lebel rifle using an 8mm bottle-neck cartridge loaded with smokeless powder.

Muzzleloading events are divided into several classes. Each class of rifle is shot from the offhand, cross-sticks/prone and bench rest positions, but there are also events shot in the kneeling or sitting positions.

Class 1 (Military) comprises original and replica rifles and revolvers that were issued to troops somewhere in the world. The .577" Enfields and .58" Zouave rifled muskets shooting minié balls and the Colt and Remington cap and ball revolvers without adjustable sights are included. All Class 1 firearms must be as-issued, meaning unaltered from the original firearm.

Class 2 (Traditional) comprises traditional or civilian-style percussion rifles or pistols loaded with a ball and patch. Kentucky long rifles and Hawken rifles, as well as muzzle-loading percussion pistols with rifled barrels are included. Flintlocks may be used in Class 2 events, but percussion firearms cannot be used in flintlock events.

Class 3 (Open) only requires that the rifle or pistol uses black powder and lead bullets. The firearm must be fitted with iron sights without click adjustment. Cap and ball revolvers with adjustable rear sights fall into this class. Scopes sights are not permitted.

There are several Firelock classes, which permit the use of original or replica muzzleloading military- or civilian-style muskets, rifles, matchlocks, wheel-locks, flintlocks, smoothbore longarm or single-shot pistol. These firearms may be in any calibre, but must shoot round balls only.

There are two Shotgun classes, which permit the use of percussion and flintlock shotguns to hit clay targets. 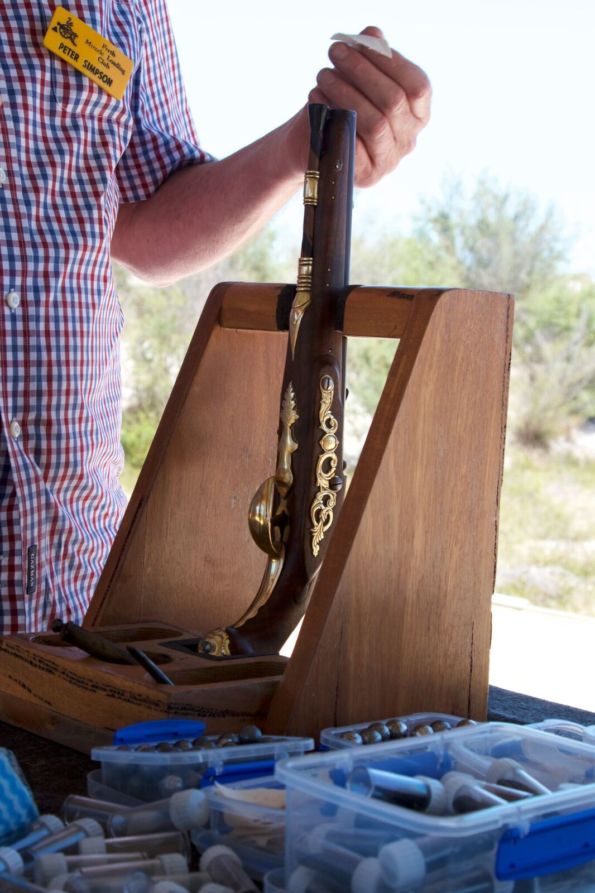 All shooting is done at 50m Pistol targets, with the exception of the smoothbore flintlock musket and matchlock events, which are shot at French 200m targets placed at 50m. All offhand events are shot at 50m, while the prone and bench rest events are shot at 100m. Some clubs also program long-range shoots.

To avoid having a sighting-in period, all Muzzleloading events (except Shotgun) comprise 13 shots fired within 30 minutes. The best 10 scoring shots count. Handgun events comprise 13 shots at the 50m targets, but most pistol and revolver events are shot at 25m. The competition for revolvers (Class 1) and pistols (Class 2) is divided into a precession event and a snap or timed fire event.

That covers the main rifle and handgun events, but is by no means all. There are events for flintlock rifle and pistol, military smoothbore flintlock muskets, matchlocks and smoothbore flintlock pistols and more. Muzzleloading percussion shotgun and black powder cartridge shotgun is shot from five stations 8m from the thrower and flintlock from three stations 5m from the thrower. Each detail is 25 clays. The shooter loads the gun in an area behind the firing station and waits until the range officer calls them forward to the next station.

An interesting insight into shooting these old-fashioned muzzleloading firearms is that in each event the shooter is permitted a certain number of ‘misfires’ before being penalised. 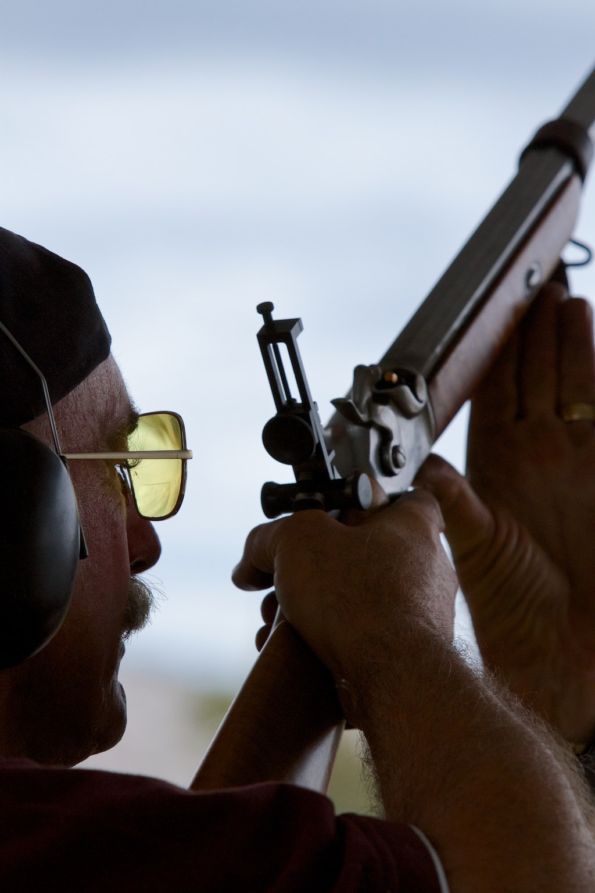