Broadly speaking, Rifle Metallic Silhouette (RMS) is a sport in which rifles are used to knock down metal targets at a variety of distances. Matches cater for centrefire, rimfire and air rifles. The sport originated in Mexico in the early 1950s and arrived in Australia in the late 1970s. RMS is a sanctioned discipline of the Sporting Shooters Association of Australia (SSAA).

There are two classes of the centrefire rifle match. Centrefire Silhouette Rifle has fairly liberal rules governing weight and dimensions and allows shooters to use custom rifles based on a wide choice of calibres, actions, barrels, triggers and stocks. Centrefire Hunting Rifle match, on the other hand, only allows for commercially-available sporting- and hunting-style rifles without modification. There are also two classes of rimfire (.22) matches: the Rimfire Silhouette Rifle – using a target style rifle; and the Rimfire Hunting Rifle match – using a commercially-available off-the-shelf rimfire hunting rifle. There are also matches for Air, Service and Black Powder Cartridge rifles. 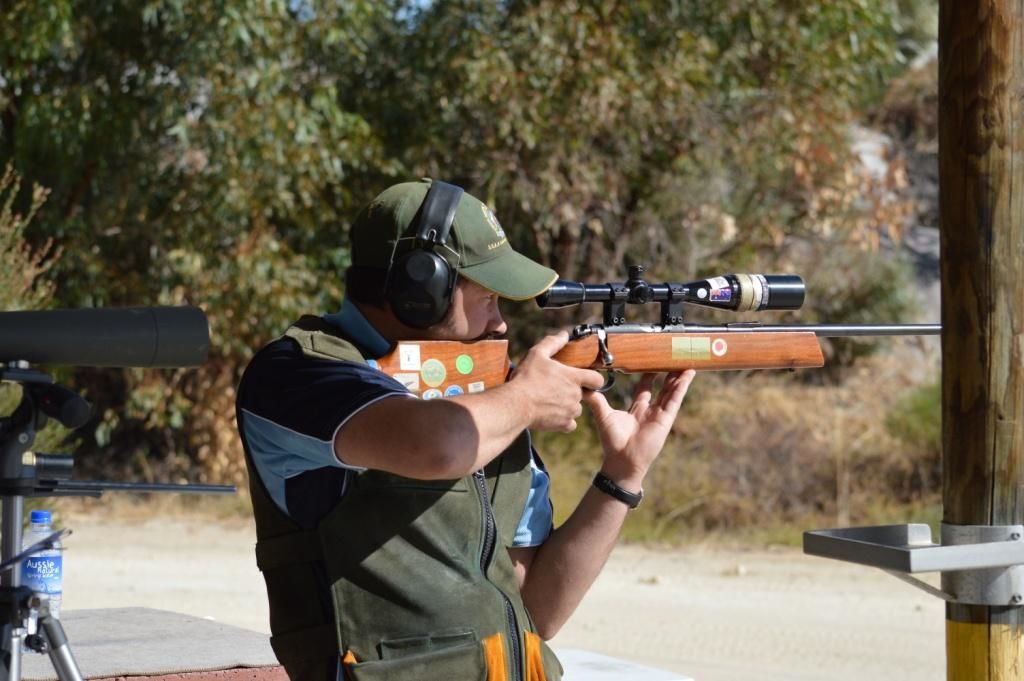 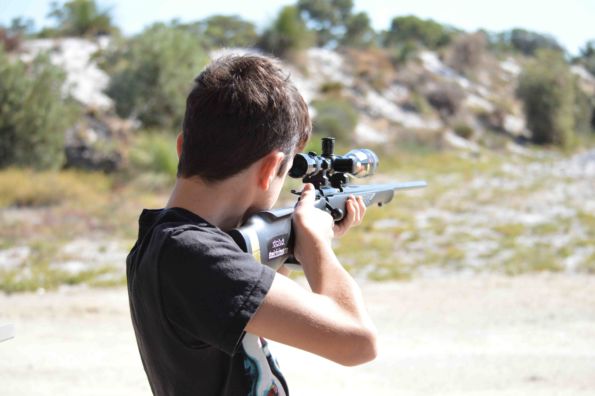 The metallic silhouette range is set up with the targets at their appropriate distances from a common firing point. Most SSAA Branches can accommodate the 100m required for rimfire Silhouette. However, 500m centrefire ranges are not as numerous because of the large amount of land required to contain both range and safety zone.

Five shots are fired at five targets in sequence, from left to right, and only one shot per target. For all matches, in all classes, the time limit for firing the five shots is two and a half minutes. The sequence is repeated until the required number of shots is fired at the required number of targets. Matches consist of 40 shots (10 at each of the four types of targets). All RMS matches are shot from the standing offhand position; no support, not even a sling.

To score a hit, these armour-plated animals must simply be knocked off their stands. However, they must be shot in the correct order and within the time limit. Each shooter normally has a scorer recording the shots and making sure the shooter abides by the rules.

The rules allow shooters to use custom-built firearms and most serious silhouette shooters choose this option. However, commercially manufactured rifles are used for the dedicated Hunting Class matches. Centrefire rifles must have a minimum calibre of 6mm or .243. The ultimate choice of calibre comes down to a trade-off between the rifle’s felt recoil and the ability of the bullet to retain sufficient energy to topple the targets. If you intend using your hunting rifle for serious Metallic Silhouette competition, there are a couple of rules that apply. The rifle must have a maximum weight of 4.2kg including sights and the trigger pull must have a minimum of 907g or 2 lb. There are other rules that apply; however, if the rifle is truly an off-the-shelf model without modification, almost any rifle will pass scrutiny. The same general rules apply to Rimfire rifles except the overall weight is not to exceed 3.5kg. Air Rifle Metallic Silhouette is also becoming very popular. The two types of rifles allowed are target air rifle, which includes any precision target air rifle including running target rifles. There is no weight limit on the target air rifles, but a 4.6kg weight limit is applied to the sporter type air rifle, which specifies any unaltered factory air rifle that is, or was, a commercially available item. 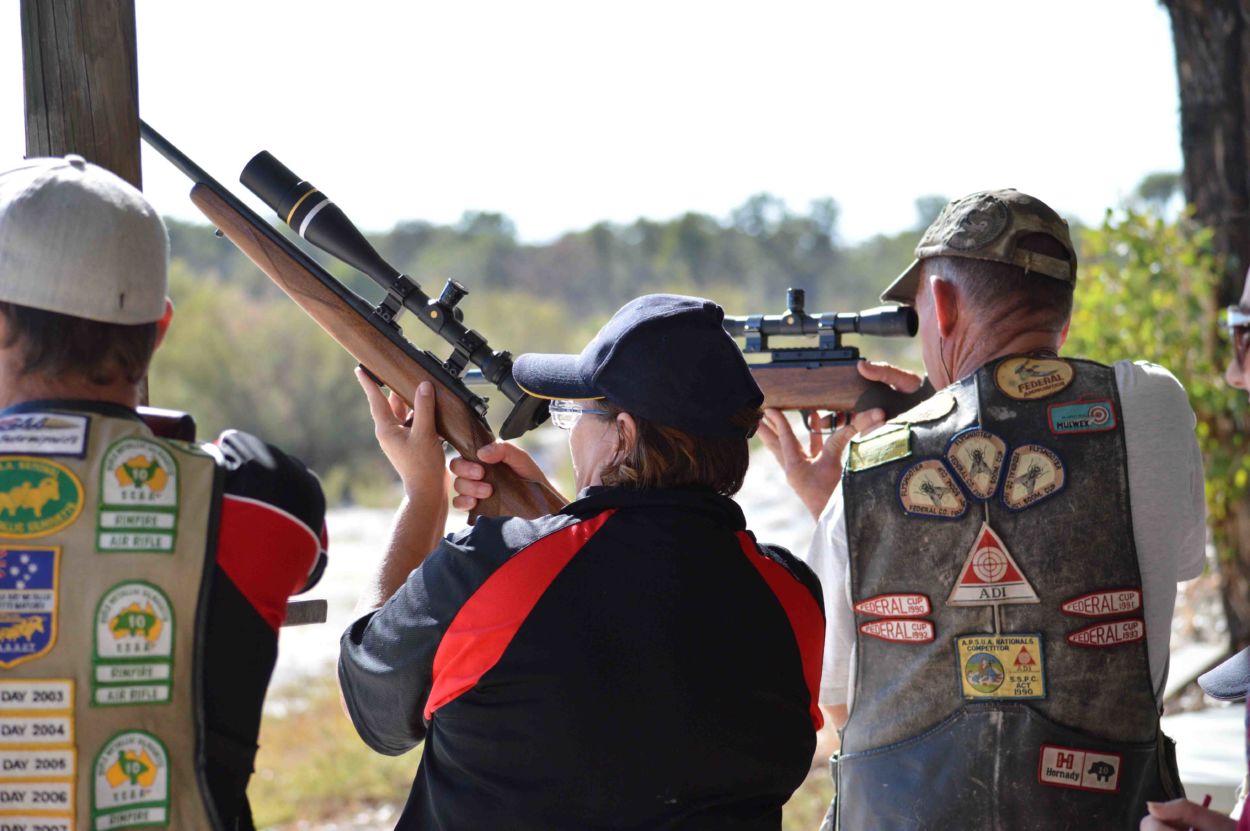 Each year there are State and National championships as well as National and State postal competitions. International matches are now shot every year with Australian teams entered regularly. The Pacific Regional Shooting Championships are held every second year. The International Metallic Silhouette Shooting Union (IMSSU) holds World Championships every other year in both rimfire and centrefire events, with two classes of rifles (open and hunting rifles) being contested in both events.

While .308 Winchester has traditionally been the most popular calibre in the past, the development of lighter recoil calibres with sufficient energy is becoming more common. The 7mm-08 Rem, a .308 necked down to 7mm, appears to meet the requirements of high energy and low recoil. While the custom silhouette rifles can use wildcat cartridges, the Hunting Class match only allows calibres that are commercially available for the rifle you choose. Fortunately, a number of manufacturers are producing hunting rifles in a 7mm-08 Rem. version. Of course, there are many lighter calibres, which are suitable for metallic silhouette including any of the 6.5mm variants. Because the rams require around 1000 ft lb of energy at impact to remove them from their stand, their load will be hotter and have a heavier projectile to guarantee a knock down. Silhouette shooters tend to load their own ammo for the centrefire matches. Apart from economic reasons, it gives them a choice of loads for different ranges. Silhouette rimfire ammunition must be standard velocity to reduce damage to targets. .22 Magnum and hot loads such as ‘Stingers’ are not permitted.