Field Rifle & 3-Positional is a rifle discipline that aims to improve hunting marksmanship under rifle range conditions, while teaching them the capabilities and limitations of their equipment. 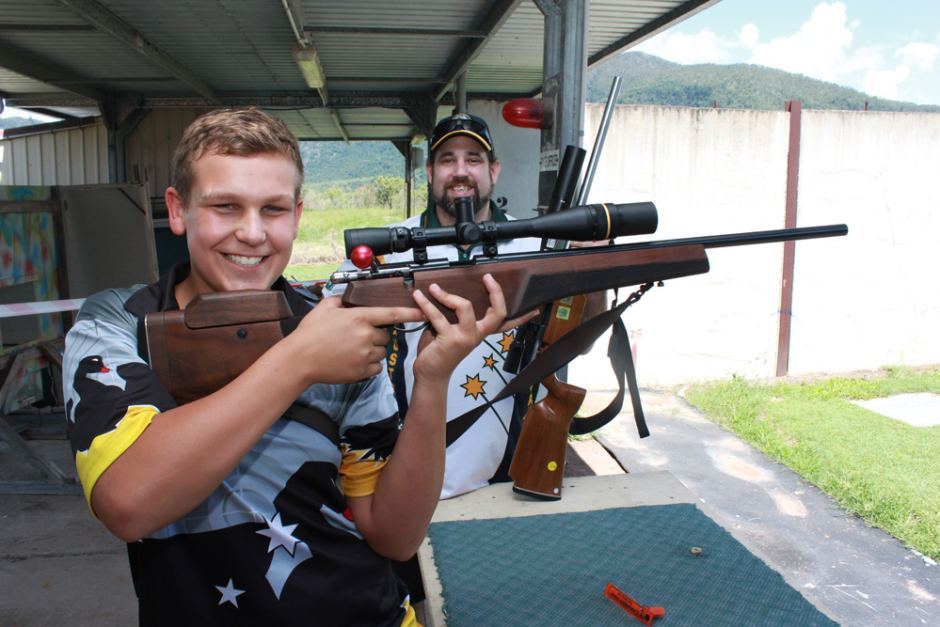 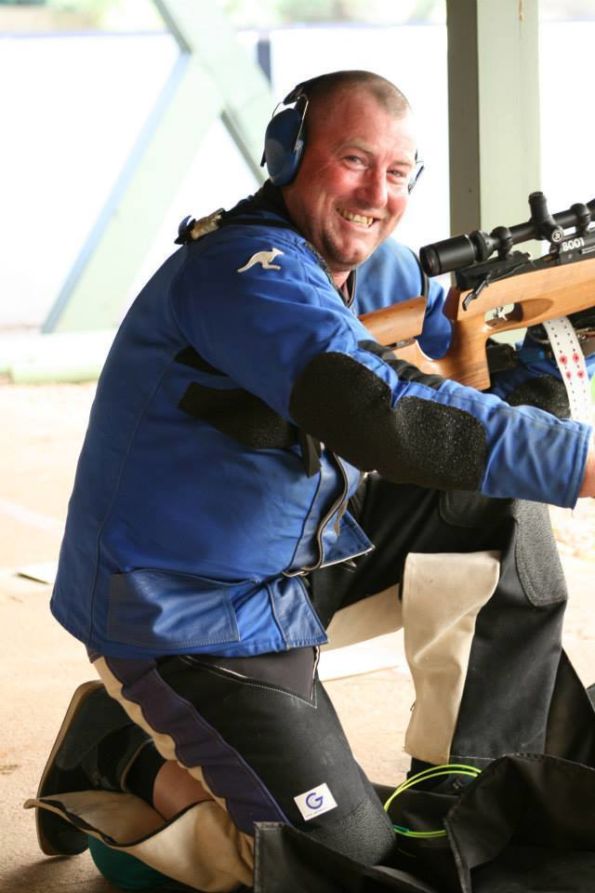 The Field Rifle, 3-Positional, Scoped Air Rifle and NRA Any Sight discipline offers a wide range of rifle shooting experiences and opportunities. The discipline has consisted of Field Rifle events since 1970 and SSAA 3-Positional for many years.

In 2005, Scoped Air Rifle was added to the discipline, and in 2006, the Inaugural Pacific Regional Shooting Championships were held and included the first Smallbore NRA 3 Position Any Sight rimfire event in Australia to be sanctioned by the National Rifle Association of America.

In 2007, the SSAA National Discipline Subcommittee meeting discussed and agreed that all SSAA disciplines need to consider and develop their involvement and participation in international competitions.

Strengthening our international relationships with other countries through participation in international competitions supports and assists in maintaining our genuine reasons and needs for firearms. For the Field Rifle and 3-Positional discipline, this involves our continued participation in Smallbore NRA matches in the United States and the Pacific Regional Shooting Championships.

The National Championships held at Easter now comprises graded matches, with the scores shot used to select the international teams to compete at the US Smallbore Championships and to compete in the Pacific Regional Shooting Championships. 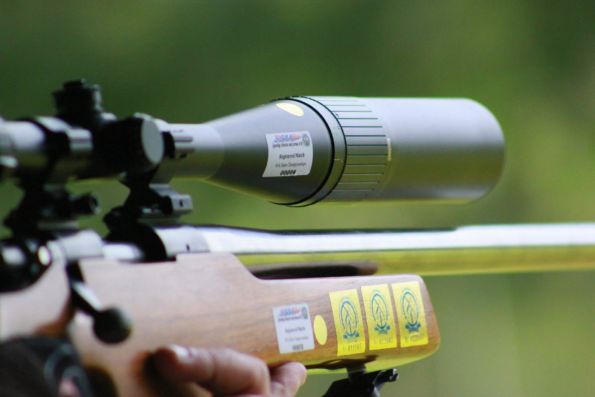 One could say that there is a natural order of progression through the matches as skills are developed and shooters become more experienced. The matches are diverse and some shooters tend to specialise in one or two matches only, but some shooters participate in them all. Introduction to the sport can be through Air Rifle or Rimfire matches, moving up to Centrefire and then graduating on to the more demanding 3-Positional matches. All of the matches are graded, so shooters only compete against others of the same skill and experience levels when competing in matches.

Field Rifle is a rimfire and centrefire rifle shoot designed around the four most used field shooting positions over various distances. Participation in this event improves the hunter’s marksmanship under rifle range conditions and shows them the capabilities and limitations of their equipment. This also provides an environment for the experimentation and development of field or hunting rifles.

Centrefire field rifles may be of any calibre and chambered for any centrefire factory or wildcat cartridge. A bolt-action repeater is ideal, but any type of action that is safe can be used, including bolt-, lever- and slide-actions. Self-loading rifles were used on a regular basis before their restriction in 1997. The weight limit is 5kg including the bolt, empty magazine, sights and all accessories, except a sling.

Rimfire field rifles have the same specifications as centrefire rifles, except they must be chambered for the .22LR rimfire cartridge and weigh no more than 4kg including the bolt, empty magazine, sights and all accessories, except a sling. 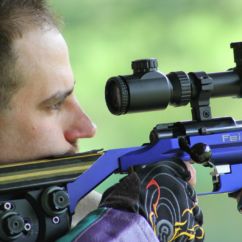 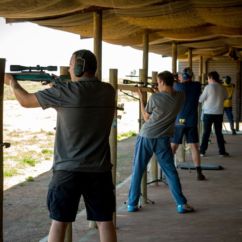 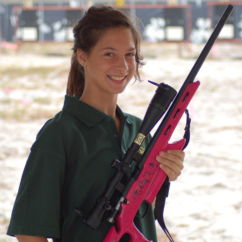 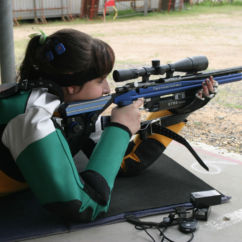 3-Positional is a sporting rifle event and uses the same rifles as in Field Rifle. The event is a slow-fire event, with prone, standing and kneeling/sitting positions required to be used. Kneeling or sitting is optional for the third position, but most competitors elect to shoot in the sitting position because it allows for a position with a relatively lower centre of gravity and is generally more stable. Higher scores are usually shot in the sitting position too. This is a great event for improving fine accuracy and refining shooting skills.

Many Field Rifle shooters also shoot SSAA 3-Positional because the same rifles can be used. A shooting jacket is allowed and can help with improving scores, as it helps to isolate the rifle from the heartbeat of the shooter and makes the shooting position more stable and more comfortable.

The course of fire is 20 shots in 30 minutes for Rimfire at 50m and Centrefire at 100m. It is fired in the following order: Prone, Standing, Sitting and Kneeling. Prone has the shooter lying on the surface of the shooting station or using a shooting mat. The rifle is supported by both hands and the shoulder only, with the shooter’s forearm forming an angle that must not be less than 30 degrees. Standing has the shooter standing erect on both feet without support of any kind for either the rifle or the shooter, with no part of the body or limbs touching the ground or any other object, except the soles of the boots/shoes. Sitting has the shooter sitting on the surface of the shooting station, with no part of the body or limbs touching any support or object. Kneeling has a right-handed shooter kneeling so that only the sole of the left boot and the lower part of the right leg, including the foot and knee, is touching the ground. The buttocks must rest on the right foot or heel and the left elbow on the left knee. No other part of the body or limbs is to touch any support or object, though a kneeling roll may be used under the right instep. 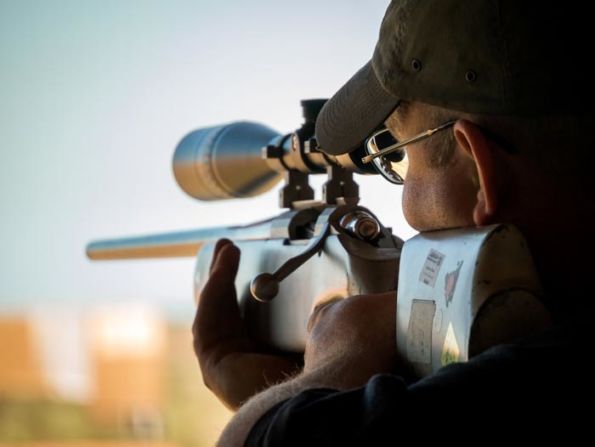 NRA 3 Position Any Sight is the ultimate match in regard to rifles and equipment. Basically, any rifle in the .22 Long Rifle calibre and any sight, telescopic or aperture is allowed, as are palm rests and hook buttplates. Think of an international smallbore free rifle, put a scope on it and you have it. A quality rifle and quality ammunition is needed to produce acceptable groups.

The official NRA 3 Position Any Sight course of fire is 120 shots, with 40 shots Prone in 40 minutes, 40 shots Standing in 80 minutes and 40 shots Kneeling in 60 minutes at 50 yards. A reduced course of fire of 60 shots, 20 shots in each position, is sometimes shot at club level. 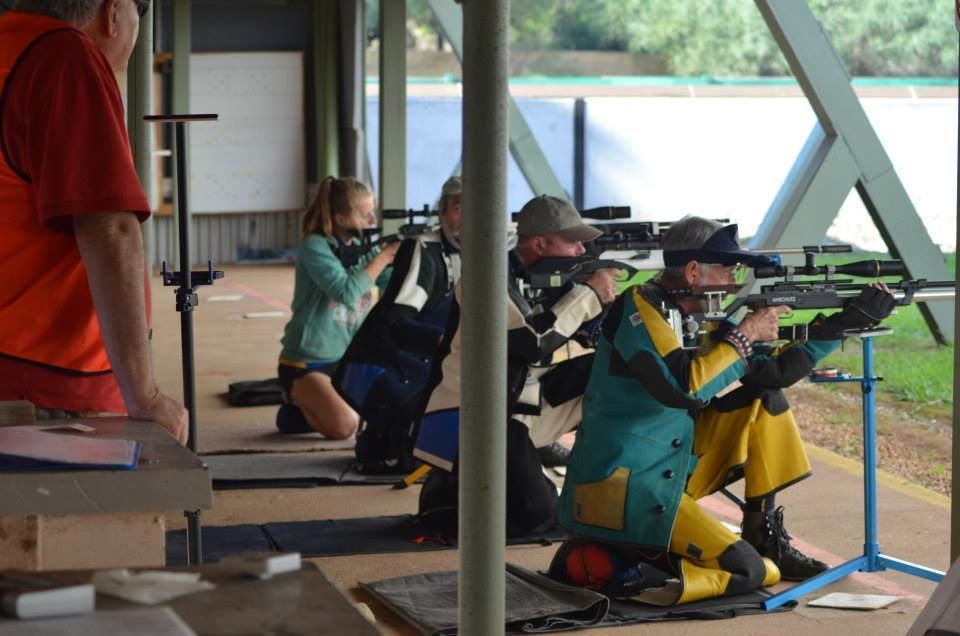 Accepted into SSAA competition in 2006, Scoped Air Rifle provides a training and development platform for national and international rifle competitions. The Prone, Standing and Kneeling positions, which are used in international and national rifle competitions, assist in developing skills and knowledge. The range and various types of air rifles are extensive and any air rifle type, including compressed air, carbon dioxide or spring, can be used.

Air rifles are limited to .177" (4.5mm) calibre to avoid damage to target frames and backstops, but any air rifle in that calibre is allowed, as are telescopic sights. An international match target air rifle or field target air rifle with a scope is ideal for this match. Air rifles are inherently accurate over 10m, so if you cannot afford a new air rifle, look for a secondhand one, as air rifles retain their accuracy and usually last a long time.

Air rifle shooting is relatively cheap and a good place to start in the sport of rifle shooting. Air pellets are much cheaper than live ammunition at about $5 to $10 per 500, compared to rimfire ammunition, which can cost anywhere from about $60 to $200 per 500. Once the initial capital investment in the air rifle is made, the cost on a weekly basis is quite low.

Air rifles provide a perfect training medium. Modern air rifles are recoilless and thus allow the shooter to follow-through on the shot and see if the sights were moved as the shot breaks. If a person learns to shoot an air rifle properly, moving on to rimfire and centrefire rifles can be easier, as the basic skills required to shoot well have already been learned. 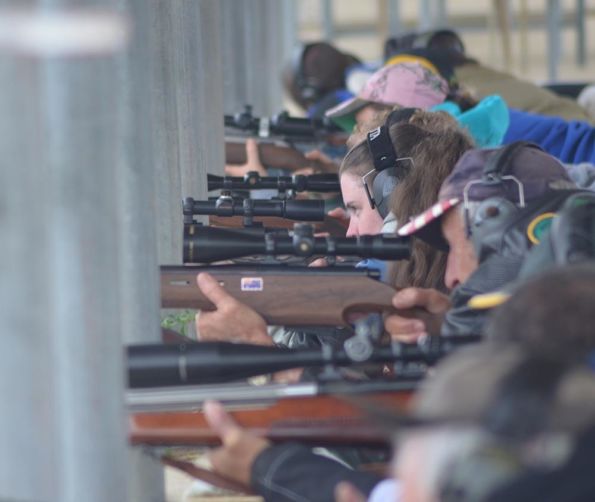 Any sight Guide to the NRA Smallbore Rifle Rules