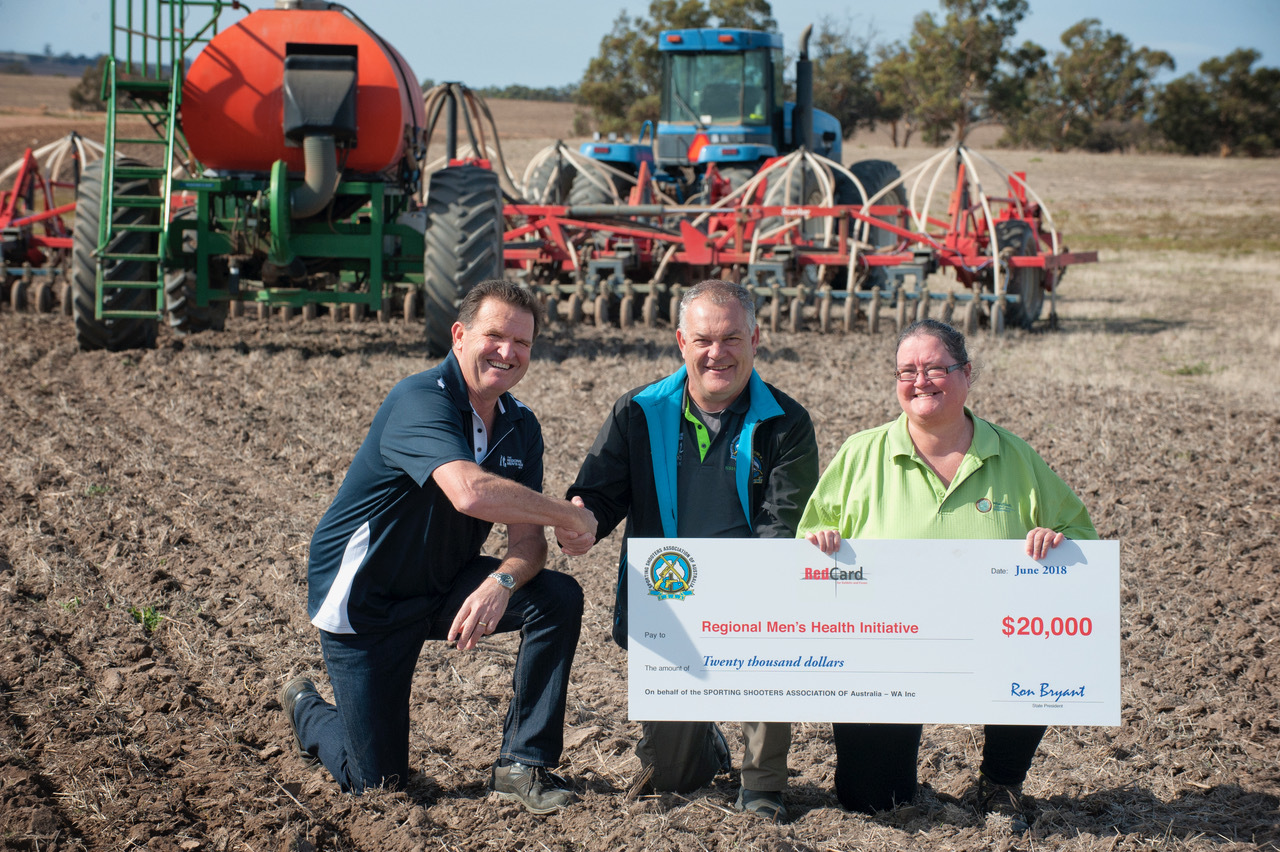 Accepting funding and support for the Regional Men's Health Initiative was the group's Owen Catto (left) with the SSAA of WA president Ron Bryant and Wheatbelt NRM's Jacquie Lucas.

For the second year in a row, a program targeting feral animals will improve the health and wellbeing of men in regional WA.

The program also fundraises through the Sporting Shooters Association of Australia WA, which has this year donated $20,000 to the Regional Men’s Health Initiative.

The SSAA WA-president Ron Bryant said his members were happy to get behind both causes.

“For the second year running, we have chosen to donate this money to the Regional Men’s Health Initiative.

“We felt funding in the area of mens’ health was really lacking and therefore a great initiative for us to get behind.”

“We’re grateful for the SSAA WA because it helps us to carry out programs supporting men living in rural WA,” Owen Catto said.

Already more than 1000 volunteers from Northampton through to Esperance have taken part in this year’s Red Card for Rabbits and Foxes program.

“By having campaigns like Red Card, we can better coordinate communities to target these feral animals.”

The project was supported by the Western Australian Government’s State NRM Program and Wheatbelt NRM.